Breath control and exercises a very important. They immediately give you super strength and fluid movement at the same time.

When you combine your physical training and exercises with the CoreForce Energy Breath Protocol training, it massively increases your muscular strength and speed quickly. But what is it?

The concept of having incredible and equal power on both your breath in and breath out is a new concept of training for almost every athlete I personally coach.

Most fitness experts and enthusiasts exude their greatest strength on the exhale of their breath during the concentric phase. This kind of breathing has been ingrained so deeply since most peoples’ childhood that few ever give it a thought that there is another way. 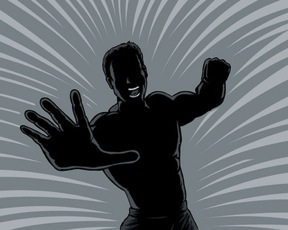 Few will ever attempt to lift or exert their greatest muscular effort on an inhale.

In my opinion, you should be both equally strong on your inhale as your exhale.

Furthermore, you should not be limited to one action or rep per exhale or inhale.

Most athletes and exercise enthusiasts have no precise idea how they breathe out or in during exercise or a specific sports movement.

The CoreForce Energy Breath Protocol training reveals extraordinary breath control exercises that teaches you how you can be equally strong on your inhale as you exhale and where you can do, say 20 powerful action movements like a punch on BOTH your inhalation and exhalations.

Try changing this up every 2 or three reps for a total of 10-20 and you'll start feeling some amazing power and strength increasing. This kind of breath control exercise will give you a tremendous boost in your cardiovascular development.

Next, if you're a UFC, MMA, or boxing fan, listen to every single fighter when they throw a punch. It’s one breath exhalation per punch. You will never hear them punch on an inhale. You will very rarely ever hear them strike twice on one exhalation.

Usually, you'll see them throw a barrage of punches only in the range of 1 to 7 at most.

Then, instead of continuing a merciless barrage, they withdraw. Why? So they can catch their breath – “pacing” themselves. The real answer is that they are exerting too much effort throwing one punch per breath.

You will hear most every one of them exhale loudly on the punch. Their inhalation is usually dramatically shorter in length than their exhalation. I consider it usually a gasp for air. and, this is one of the reasons why the coaches are always screaming from the sidelines, “Breathe!”

Now, imagine a new way of breathing and training where you were able to strike up to 20 times with maximum power on one breath exhalation! Then, imagine continuing this unstoppable barrage with equal power again striking 20 times on your inhalation – and inhalation that wasn't a short gasp for air but a long powerful oxygen intake into your system may do more resilient and flexible in your body movements and flow.

This kind of breath control training gives you an incredible advantage over your competitors in strength, speed, fluid movement, and endurance. I've shown many fighters how they can launch up to 20 strikes on BOTH on their exhalation and inhalation breath in a massive quick attack. Think about it, that's barrage of up to 40 equally powerful strikes their opponent would be trying to defend against.

Now, imagine the endurance you'll have when you train this way every day instead of how most fighters train where it's one breath out for virtually every single punch. Your endurance, power, and speed will be dynamically better.

Every fighter I've shown this to has said that it would be impossible to defend against.

Now imagine how effortless you're running would be if you could do seven to 10 strides on one breath exhalation instead of the short constipated breathing the most people do.

Doing things the old way where you do one rep for breath exhausts you quickly whether you're a fighter, a bodyweight enthusiast, or weightlifter, etc.

If you want to explode your strength and human potential into another stratosphere, then get started with CoreForce Energy training and learn this new way of breath control in the members training area. Discover many cutting-edge high performance techniques that will give you unstoppable muscular strength, power, speed, endurance, and a effortless flow of body movement you never imagined possible.

Here's a fascinating video on David Epstein why humans continually get stronger, faster, and better.

Athletes continually shatter new records all the time. What are the reasons? Are genetics changing? Is it just mindset? Or is it the technology they use to get the competitive edge?

You'll see in this video that it even seems their body types are changing rapidly to adapt to their sport and to gain the competitive edge over their competition.

Build a Stronger Body – 5 Ways to Get Stronger

One of your top two goals should be to “get stronger.” While there are dozens of ways of getting stronger, one of the best ways is through progressive resistance weight training. If you've been in a gym more than once, you undoubtedly have seen some stupendous exhibitions of strength. Those men and women didn't get that way without hard work.

In short, it takes some effort to build strength!

However, I have boiled down a weight workout that utilizes compound exercises to get the biggest strength-building bang for the buck. How? Powerlift!

Now I don't mean to suggest that you attempt “single rep maximums.” No, this is not a powerlifting competition! However, you can learn a lot by watching how powerlifters and other strength athletes (i.e., Olympic weight lifters, wrestlers, and track and field athletes like shot putters and discus throwers). How do they get so strong and powerful?

They train hard using a short list of overall-body exercises. Here are the 5 exercises I suggest you master in order to build strength quicker than you could ever imagine.

Squat. The “King of all Exercises.” This one will build strength and muscle mass faster than any other exercise. It stimulates muscle growth and strength over the whole body, not just the legs. This is the Number 1 exercise in your training regimen.
Deadlift. Also know as “deads,” the deadlift is the second powerlifting movement to add to your strength-building arsenal. Deads use virtually every muscle in your body, including the quadriceps, lower back, traps, lats, delts, triceps, biceps, forearms, calves, hips, and glutes, not to mention all of your core muscles (did I leave anything out?) — in short, they are the second-best exercise you can do to not only improve your strength but also your size and speed.
Bench press. “Benches” are the number one upper body exercise. They work the pectorals, delts, triceps, and core. You cannot find a better overall upper-body exercise you can do with a barbell or dumbbell!
Bent-over Rows. These build the entire upper back, including the lats, traps, and inner muscles of the back, as well as the rear delts, biceps, and forearms. They build strength and size in terms of thickness and width.
Military Press. Also known as overhead presses, these build core strength, in addition to delt and arm strength. They're best used seated on a bench, but if you want to build explosive power, do some “clean and jerks” by bending over a barbell and lifting from the floor to the shoulders in one movement, and then overhead in another movement. Repeat.

These 5 exercises not only make up the core of a sound strength and muscle-building program, but they could stand on their own as a complete workout all by themselves.

Bill is the author of many fitness and muscle-building articles and has over 30 years experience in the field. He is the publisher of Muscle-Build.com, the premier web resource for bodybuilding, fitness, nutrition, exercise, and recovery methods. For a complete muscle-building program, take a look at his Hardgainer Manifesto system.