How good are super strength training techniques if you are not stimulating your mind to acquire superior abilities as well?

So many jocks I encounter these days condition their bodies feverishly with often bizarre and extreme methods in the desire to transcend into the domain that people might call “super human”.

It's a fantasy of so many athletes and people as a whole to possess “super human” qualities – to find ways to access their ultimate human physical performance and excel far beyond what their competition can do.

Maybe it was bred by so many childhood comic books, animated cartoon, films, and computer games. Maybe it is just in many people's genetic code to want to be more — to be special and to be heads above the herd.

Do You Want to Enter the Super Human Realm?

Regardless, if we're genuinely to one day develop beyond our human capabilities into a “superhuman-realm”, then I ask why is it that the absolute majority of athletes still condition their bodies so unrelentingly and yet habitually omit to condition their minds as aggressively with comparable time and exuberance?

Call me strange, but even as a youngster I always believed that my favorite superhuman characters would for sure have to be in command of some sort of super brainpower in order to do all the herculean feats of strength they did.

How could all those superhumans possess so many astonishing skills and yet be barren of a superior brain of some kind to make it all possible? 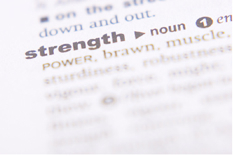 Even though most of them purportedly developed their super strength from some kind of nuclear reaction, chemical reaction, or from having been born on another planet or solar system with completely different laws of physics, I always imagined that their mental capacity would sure enough function so differently from ours and that's the precise reason their bodies would react so magnificently and far beyond our human capabilities.

Is Over Training Giving You Diminishing Returns?

It IS the brain that commands the body isn’t it?

In the interest of acquiring superhuman strength, so many an athlete drive themselves into a spiraling whirlpool of decreasing returns called overtraining and other irrational behaviors.

Living with the ideal that “more is better” frequently leads so many to be forgetful that the pain and stiffness they are seeking to work through are in reality their muscles, nerves, and body mechanisms attempting to communicate to the brain that they need a lot time to mend properly before they can be pushed further into accessing the powers of super strength.

Employing our will over utilizing some common sense does not seem to equate to superior intelligence.

Every human being with a desire to become super human had best not only train their brains systematically and regularly to think more expeditiously and creatively, but to train it to acknowledge the distress signals that the body is trying to communicate to the brain and to promptly take time off from their super strength training in order to rest adequately.

A super brain must have not only the ability to press the body harder but to heed what the body is also telling it more intelligently. These are things that will assist it in order to heal faster and to become stronger in the shortest amount of time.

I think it would be sensible for us to expend a good deal more time letting the body recover sufficiently so it can come back supercharged for the next workout.

What better time than on our recovery periods away from the gym to learn better ways to bridge the immense powers of the intellectual realm with the exact language your body intuitively translates to aggressively change the manners in which you move and explode with muscular strength and speed?

Perhaps it’s just me, but it appears logical that a human being who desires to become superhuman physically would as well prefer to be developing a super human brain at the same time to go along with the tights and superior attributes of their ideal superhuman.

Melding the Mind and Body

If acquiring super strength is your goal, then what a great idea would it be to expend your recovery time away from the gymnasium expeditiously to learn fresh ways of thinking and new ways of powerfully melding the mind to the body?

How extraordinary it would be if schools began seriously advocating super strength training for BOTH mind and body and teach pupils how the body and the mind functioning as one can really wake up our hidden capabilities to truly be more than we ever believed imaginable?

Hmmm, perhaps I have read too many comic books…what do you think?

To your strength and mastery,
Garin Bader
P.S. When you want to get serious about learning to connect your mind to your body, then zip over to CoreForce Energy https://www.coreforceenergy.com. You'll definitely find how to bridge the vast powers of the mental realm with the precise language your body intuitively understands to aggressively change the ways you move and explode with muscular strength and speed. It’s no fantasy.

2 Responses to “Do You Really Want The Secret To Super Strength Training?” 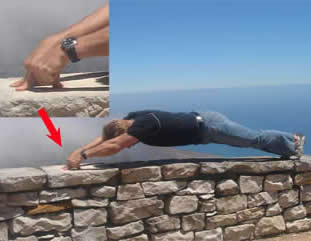