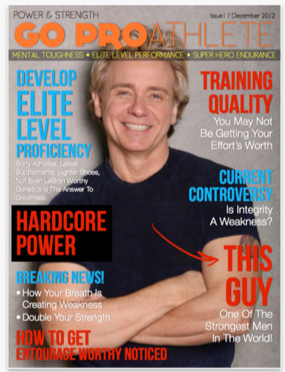 Garin Bader is the founder and creator of CoreForce Energy. He has been called modern day Renaissance man by many public figures and media alike.

He helps people and elite athletes unlock their ultimate strength energy and human potential for consistent peak performance by coaching them with breakthrough peak performance techniques that optimally fuse together mind body and spirit for unparalleled synergy and personal power.

His parents were extraordinary teachers  having taught thousands of music students through their many years as music store owners and they exposed and encouraged Garin to many different kinds of arts and studies.

By the time he was seven years old, he was performing on seven different musical instruments, tap dancing, and singing in hundreds of performances and on television.

Garin not only studied with inspiring teachers besides his parents but also trained with other well-known musicians. At 9 years old, he developed a keen interest in sleight-of-hand magic magic that began another life-long passion.

Around the same time, his parents enrolled him in  art and cartooning classes from a Walt Disney Studio artist for several years. A few years later, his Father  encouraged him to study martial arts with a Black Belt Green Baret student of his as well as.

It was all these different disciplines that came together that gave him unique insights into how the brain and body work together and how all the arts can greatly enhance energy, strength, and overall human peak performance . His belief is that when you optimally engage and fuse together all hemispheres of your brain and emotions to work together, you can access that other 95% of human potential that scientists say that most never access. 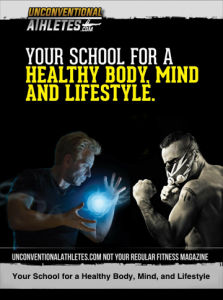 Even with all this training, things did not come easily for Garin in his early years as much as some might think. Like many young teens, he suffered from severe shyness (yes, in spite of being in front of countless audiences in his youth) that held him back from learning quickly and made him the target many bullies and gang members at his schools.

Eventually, after many painful years of searching for answers of how to break the glass ceiling that held him back so much from achieving the excellence he desired, all his unique training began revealing the path to accelerated learning and the eventual peak performance in many areas he always dreamed of.

All these many arts and disciplines he learned and practiced became the core foundation behind his development of the revolutionary CoreForce Energy human peak performance accelerant system.

Eventually dropping all musical instruments but the piano, he began seriously practicing to pursue a dream of becoming a concert pianist. Practicing 8-12 hours for many years, he went on to win numerous gold medals in international piano competitions, including the most prestigious International Chopin Competition of New York and Artists’ International. These are very much like the Olympics held every two to four years where he competed again hundreds of contestants from around the world.

Garin has performed on just about every continent and in some of the world’s most prestigious stages from Carnegie Hall to the London Palladium both in solo concerts and well as soloist with symphony orchestras.

After many years performing only as an award-winning concert pianist, Garin decided to change things up in a big way when he combined his musical expertise and master illusionist skills to create  a one-of-a-kind theatrical show. 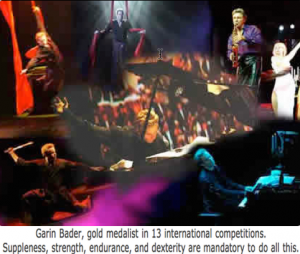 In this show he calls, “Musical Magic“, he not only plays the piano but does things like flying over his audiences’ heads hanging onto a huge silk by the grip of one hand but he proceeds to him self in half with a samurai sword. He plays the part of Amadeus Mozart to the Phantom of the Opera where he magically produces chandeliers to candelabras and water fountains and then plays the piano with his hands going on fire.

It’s and exhilarating show displaying everything from virtuoso piano playing to extreme strength and from martial arts to original magic illusion he created especially for the show to enthrall audiences across the globe. It is not only a very artistic and educational show, but inspiring as well as he relates his stories of struggle to success and stories of the great classical composers to rock and contemporary music. You can see it by clicking here.

By doing it in a very entertaining and unique way, he gained the praise of many educators around the US by getting young people from elementary schools to colleges interested in many styles of music, including classical, that they might not ever hear or be exposed to otherwise.

Garin is passionate about his performing and presenting his theatrical shows. In 2007, Garin introduced his revolutionary mind body peak performance accelerator and fusion system to the world online.

Although he spends a great deal of his time on the road concertizing, he equally loves coaching clients one-on-one when he’s home how to break through their own self-limiting beliefs to enable them to shatter their physical  strength and speed records.

He loves quickly helping them smash right through their supposed genetic limitations with the hard earned techniques he experimented and hone for decades to develop. His belief is that we all have amazing and sometimes almost superhuman abilities that are buried within us just waiting to be unlocked.

In his CoreForce Energy course, people will learn how it is possible to unlock ultimate human potential and breakthrough limited beliefs by ignite the full vibrational energy of innate mental, physical and emotional forces.  Garin doesn’t coach anything that he himself has not practiced or mastered himself.

In his CoreForce Energy training, he’s completely dedicated to helping those who strive to unlock their ultimate human potential and become all they dream of becoming. When he’s not performing around the world concertizing, he’s teaches CoreForce Energy one-on-one with coaching clients and in seminars.

CoreForce Energy Energy is truly a cutting-edge mind body neurosport technology that will unlock your full human potential. Its breakthrough methods synergize your full vibrational energy of your Mental, Physical, and Emotional forces so you access your your innate superhuman potential whether it be strength, speed, power, endurance, mental focus, or creativity.

With these cutting-edge techniques, you learn to ignite new energy reserves and your physical movements become dramatically become more powerful where you always have maximum  strength at any angle and your balance often resembles the uncanny balance like you may see in some of the Matrix movies. If you want to have peak performance in any kind, whether it be strength, speed, power, endurance, mental focus or creativity, he would definitely be someone that you need to have a conversation with.

The human body can do absolutely extraordinary things when you know exactly how to fuse your mind and body together in the right ways and Garin work remarkably fast in supercharging your mind and body. With mental clarity and accelerated mental focus you gain, you learn physical skills much faster and cut years off your training in any sport, exercise, or activity.

The unique and powerful methods of CoreForce Energy seamlessly fuse ALL regions of your Mind and Body Together to work with unstoppable synergy and this is exactly why it works so fast – because it engages and optimizes ALL your resources – not just parts and pieces like most trainings do.

Imagine (quickly mastering these secrets) that’ll bring wake up the sleeping superhuman inside you with power and energy that blow your mind. You won’t find training like this anywhere else…AND, with the extensive video training and personal one-on-one coaching Garin does, you won’t have to sift through the decades of training experimenting and frustration he had to go through to put it all together!

CoreForce Energy works amazingly fast whether you’re a young athlete or want to supercharge and renew the power your younger years to ignite a whole new world of energy and strength. The techniques are used equally by athletes of all types to businessmen to Mothers and children.

If you want to gain UNREAL Strength, Energy, and Power to finally achieve true mastery levels quickly in record time to gain superior mental focus and have the optimal winning-edge over your competition, then check try CoreForce Energy energy training out by either purchasing the online video course or by contacting Garin for your own personal one-on-one coaching that is specially tailored to YOU and will give you absolutely amazing results!

Here’s some examples of Garin’s sculptures: